DevOps – from trend to standard

DevOps idea appeared in IT field already in 2009 and since then, it has been systematically entering global business world as a method of running software development projects. After nearly 10 years, we know that DevOps bring measurable benefits, improving the efficiency of applications development process.

That’s the end of the era of fixed divisions into teams and subteams working on particular parts of projects and building figurative walls between specialists. Currently, especially in the field which deals with advanced technologies, the most important place is taken by teamwork and cooperation, which guarantee better communication in a company, more efficient problem solving and full employee involvement. Introducing DevOps idea into an organization requires implementation of the right tools and normalization of work environment. It’s a complex and time-consuming process but it’s worth the effort.

How is DevOps doing?

According to the data gathered by Atlassian in a report „DevOps Maturity” in 2017, over 65% companies which have implemented DevOps idea in their teams recorded significant benefits. Among those, there are i.a.: shorter time of software release, better matching between product and client’s expectations, faster reaction to errors and efficient implementation of innovations. Some companies are introducing DevOps idea step by step, starting with common tools which are used by both developers and operational teams – 80% of respondents have chosen this answer. Similar observations have been indicated in reports by Puppet and Slunk. 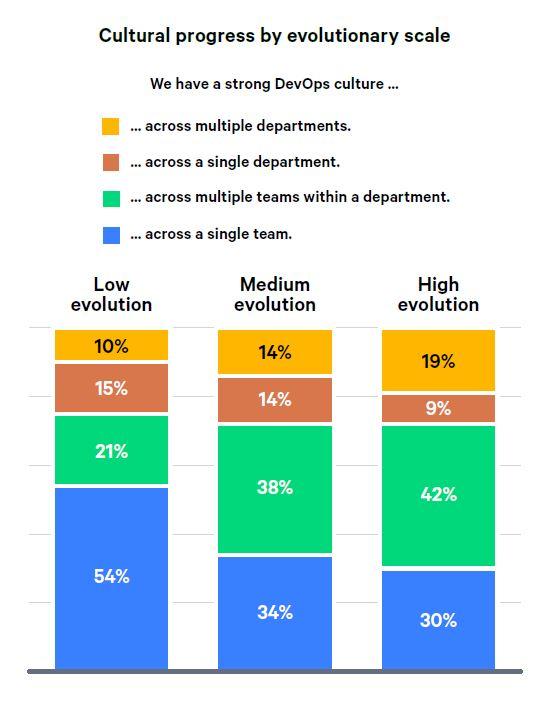 The increase of interest in DevOps idea has been recognized in this year’s report „State of DevOps 2018 Strategies for a New Economy” – it’s worth adding here that the research has been carried out since 2013 and included approximately 30 thousand answers. It has been observed over the years that the number of people hired in DevOps teams, taking part in the research, increased. It was consequently: 16% in 2014, 19% in 2015, 22% in 2016 as well as 27% in 2017 and 2018. 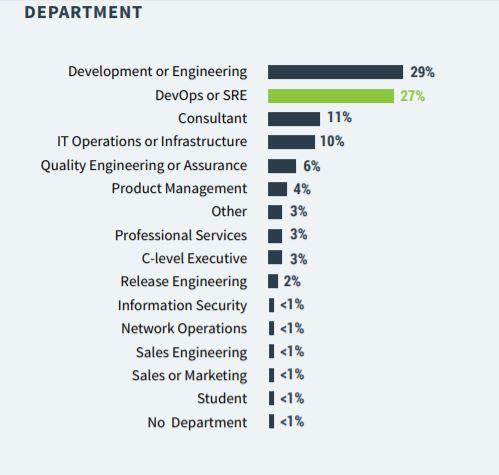 Source: Accelerate: State of DevOps 2018 Strategies for a New Economy

DevOps is slowly becoming a natural choice of companies as for the way how developer teams work. The process is time-consuming mostly because of a huge number of changes and improvements requiring implementation in order to transfer optimally to the work according to DevOps model. 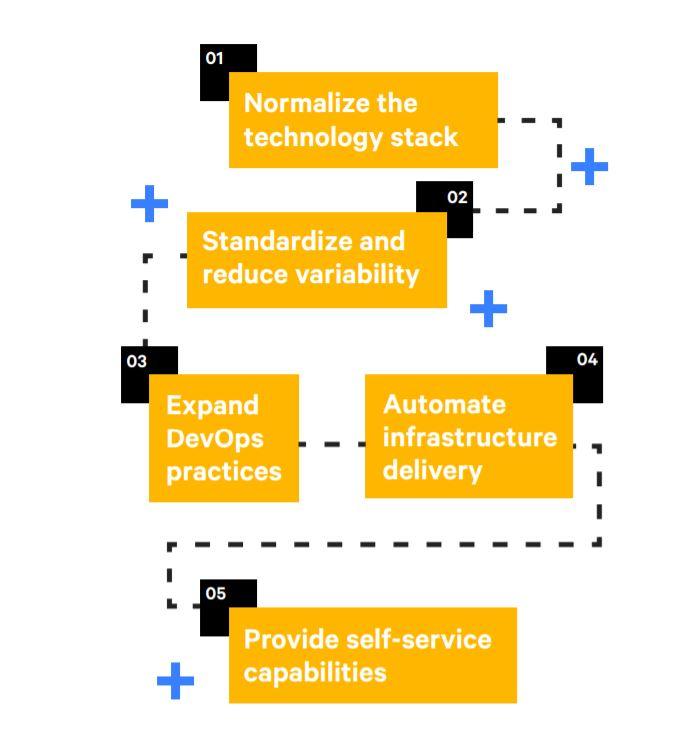 TT PSC one step ahead

DevOps relates to cooperation between developers and the other members of operational teams which create applications. Its main idea is teamwork and involvement of all specialists at every stage of a project. In our case, DevOps means a set of tools which makes it possible for the company to change an idea into something real, as well as knowledge that comes from work according to the model.

During recent Atlassian DevOps MasteryCamp in Amsterdam, TT PSC representatives- Magdalena Kwaczyńska (business analyst) and Daniel Chwaszczewski (DevOps Coordinator), found out why and in what way it is worth informing clients about benefits that work according to DevOps bring.

The main goal of the workshop was to treat Atlassian tools as a natural consequence of introducing DevOps idea in a company. The participants were divided into groups consisting of 6 people each and received a 3-step task whose aim was to build a relationship with a client, implement solutions which made it possible to work in a DevOps form in a small team, and next, to implement the solutions in the whole company.

You can read more about DevOps on our blog: https://ttpsc.com/en/blog/. 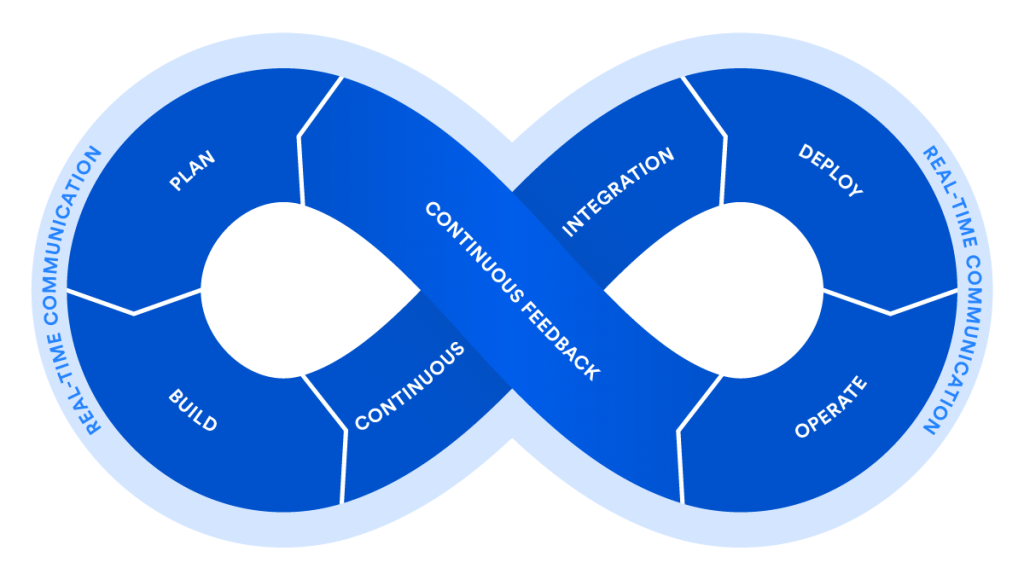 Jira and other Atlassian products created for DevOps

Atlassian can be suited to any industry; the company’s range includes solutions dedicated to software development teams. Fully compatible with one another, they compose a cohesive work ecosystem and perfectly meet the assumptions of work in the DevOps model.

Jira Software – a system designed for teamworking on a code; excellent for the agile and waterfall methodologies. Appreciated mostly for enabling functionality customisation and for its easy and intuitive use. Project management and planning with Jira is clear and, most of all, effective. Development teams can also use other tools that facilitate software development:

Bamboo – enables streamlined compilation and integration of code even in extremely extensive projects.

Crucible – designed for reviewing and correcting the code in SVN, Git, Mercurial, CVS, and Perforce repositories.

Fisheye – a tool that makes it easier to catch errors and differences between various code versions.

DevOps We provide support at each stage:
Contact us:
atlassian@ttpsc.pl

Applications on demand – dedicated programs, IT solutions for business

PMO in your company

We use cookies to make browsing easier for the users. Cookies allow us to create anonymous statistics of the website. If you are not blocking cookies, you agree to use and save them in the device’s memory. You can change you r browser’s settings to disable saving cookies. Read more about privacy policyand check GDPR Information clause.

If you are using Jira, other Atlassian systems or apps from Atlassian Marketplace in Server version:

From 15.02.2022 the producer is no longer developing it's Server tools and you are not able to upgrade/downgrade Server licenses.