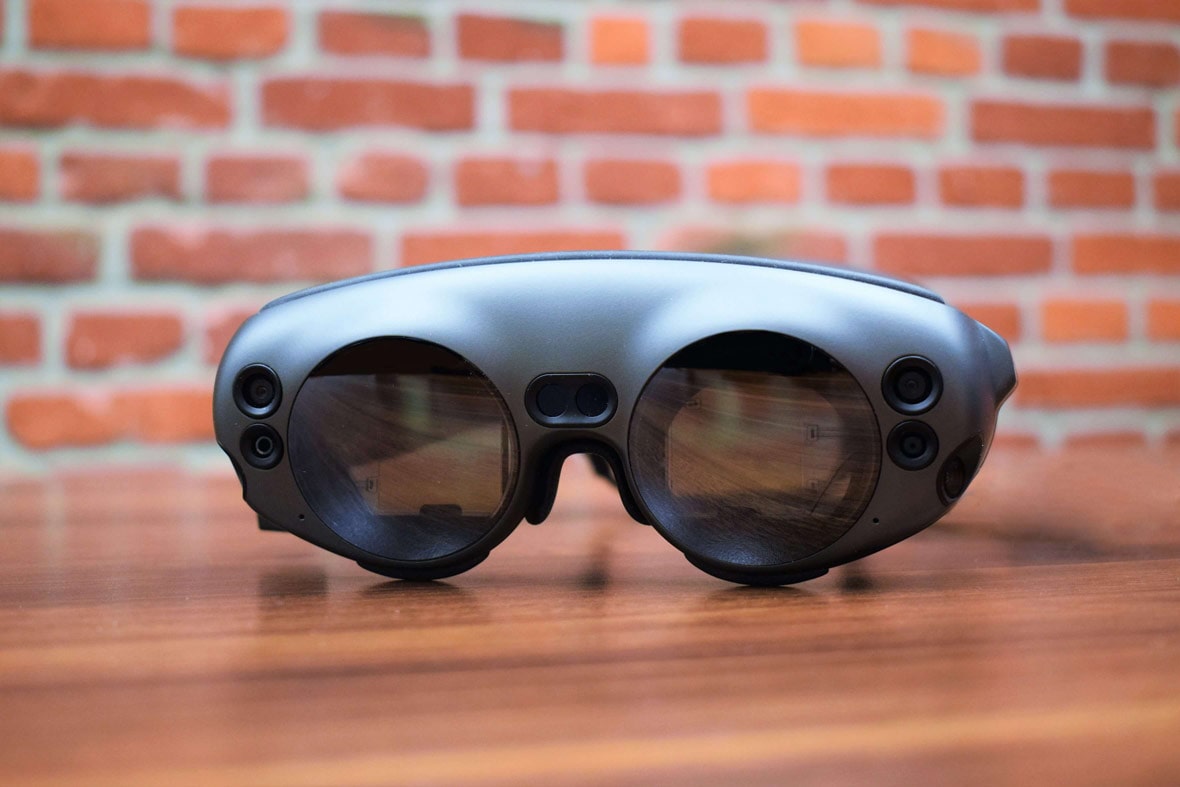 Modern technology is constantly changing, with newer and newer products, which develop services and the effectiveness of specialists’ work coming out constantly. Since recently we have had the opportunity to work with the new AR headset – Magic Leap. These advanced glasses, presented in 2018, allow users to utilise AR technology in a completely new way, thus becoming a strong competitor to other AR glasses. Their scope of application – as in the case of HoloLens – is very wide. They can be used in areas connected with production and engineering (at least that is what the manufacturer is trying to convince us of), as well as in education, medicine, entertainment or sales processes.

Magic Leap glasses are now available in the “Creator edition”. They can be purchased as a subscription for USD 96 per month or as a one-off for USD 2,295. If you decide to buy this device, you will get a set consisting of: the glasses with a central unit (the so-called Lightpack), a wireless controller, two chargers (Lightpack and controller) and full wiring to connect the device up. It should be noted that if you want to create applications for this platform, it is worth ordering a dedicated HUB, which enables you to connect the device to a computer and charge it simultaneously. 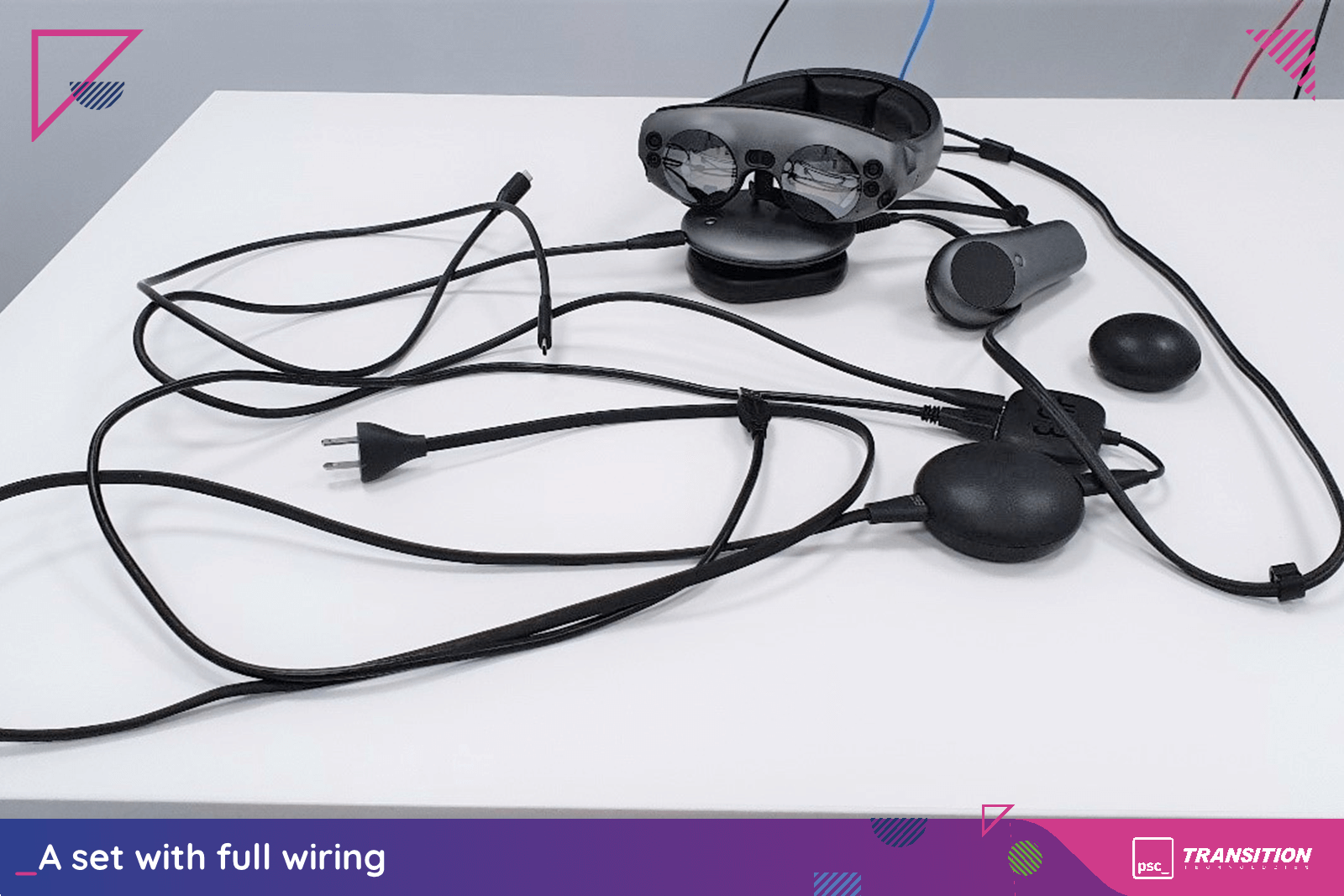 Magic Leap glasses are quite light and sit well on the head thanks to the springs inside the frame. You can easily open up the frame to put the device on. The springs are not too stiff, which, on the one hand, causes the glasses to slide down a bit sometimes. On the other hand, however, it prevents the frame from gripping too hard, making it possible to wear the glasses for quite a long time without fatigue. Unfortunately, there is a permanently fitted wire connecting the glasses with the Lightpack. The wire might cause problems if it disrupts the usage of the device, or, even worse, gets damaged with time (e.g. breaks, even though it is rather flexible). Objectively speaking, a much better solution would be to connect the components with a USB-C. What is surprising is that the Magic Leap glasses themselves – even though they do not contain a built-in computation unit – heat up significantly. The manufacturer will most probably need to solve this issue during the development of the next version.

The controllers are indeed made of high-quality materials – it becomes immediately apparent when you hold the device. They are also well fitted, none of the components creak or crack. The controller has 6 degrees of freedom, two buttons, a trigger and a touchpad. The buttons work efficiently, the trigger is very smooth and sensitive, and the touchpad measures the pressure well. RGB diodes have been cleverly placed around the touchpad, informing the user of various system actions.

The device is 11 cm in diameter and 3 cm in height. There are 4 buttons: an on/off button, volume controls and the “Reality” button, which turns the holographic displays on and off. A special handle makes it possible to carry the Lightpack in a pocket. You can also buy a strap available as an accessory to hang the device. The device itself does not heat up too much and the built-in fan does not make a lot of noise – that is a big plus! 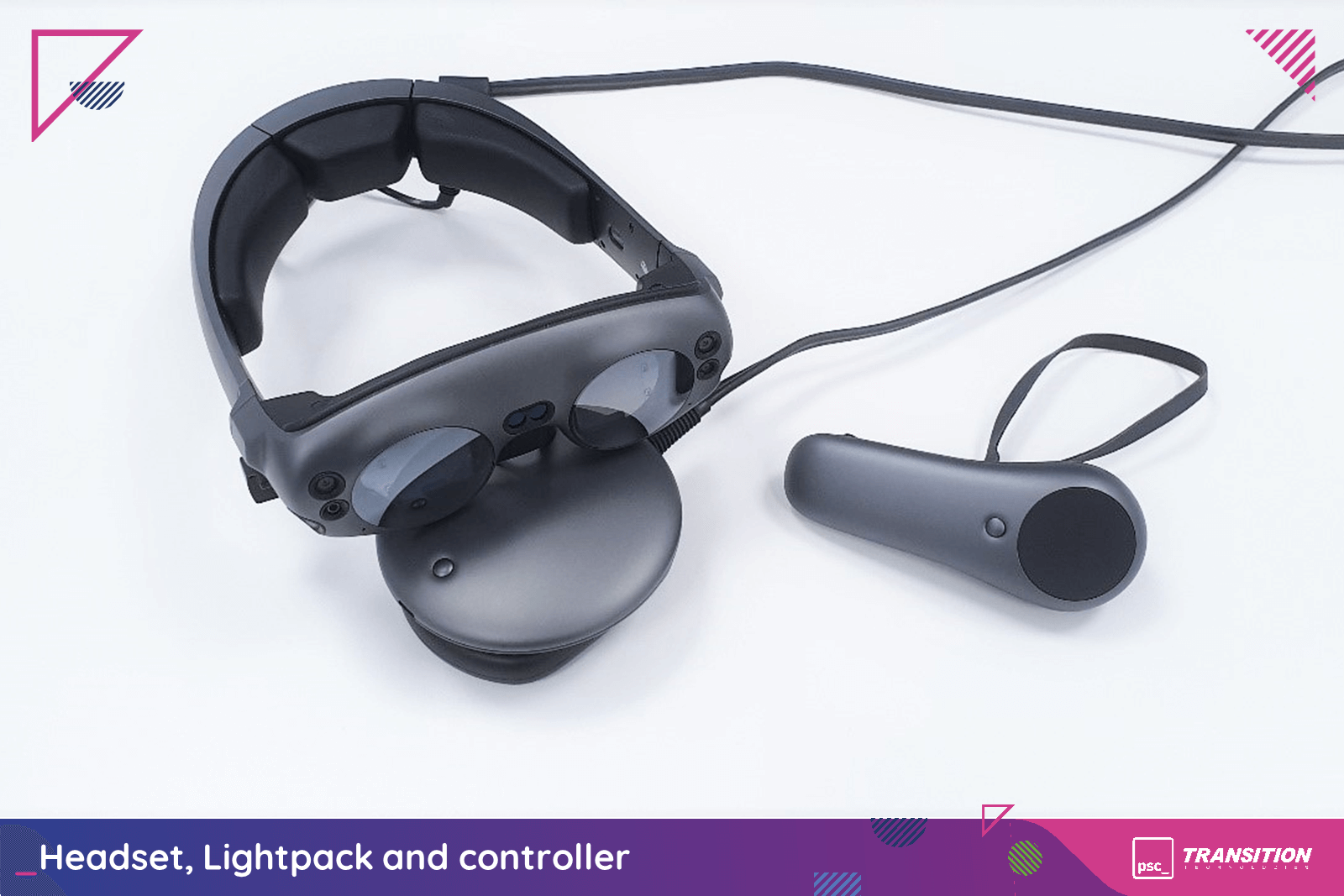 The holographic displays used are very similar to those in the HoloLens glasses in terms of quality. However, Magic Leap provides a much wider visual field thanks to bigger displays located much closer to your eyes. The holograms’ stability is also on a similar level as those in the HoloLens. The image does not flicker, it is stable and sharp. The downside of the displays is that they seem a little dirty or blurry. HoloLens did not produce such an effect. Nonetheless, in our opinion it is better to have a wider field of view at the cost of a bit lower image quality than a little window in which the holograms are displayed.

The headset maps the space very quickly and quite precisely. Unfortunately, despite this, it finds it hard to retrieve rooms that it has already mapped from its memory, so we are often faced with scan requests. The room recognition algorithm is not triggered as it is in HoloLens. If the mapped room gets “lost”, the device will try to retrieve it only after putting it in sleep mode. Despite quicker and more precise scanning, room detection takes much longer than on the HoloLens, which may cause difficulties in every-day use.

As far as efficiency is concerned, we have not yet had the opportunity to fully test the device, e.g., for the number of triangles it can display without a loss of image smoothness. We do think, however, taking into account for one the components used, that Magic Leap significantly outperforms HoloLens 1 in that respect. 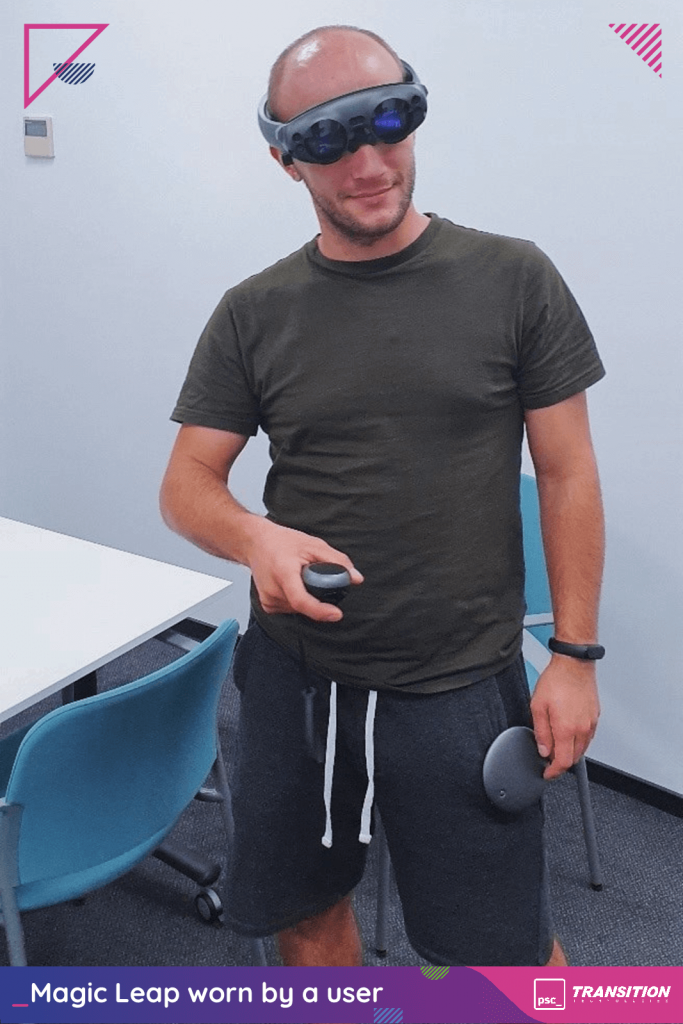 If you want to start writing applications for Magic Leap, you have several platforms to choose from: Unity, Unreal Engine, natively in Visual Studio, Magic Script or Runtime Editor. In our daily activities we use Unity and this is the platform we will focus on.

The manufacturer provides an intuitive Package Manager, from which you can download all the necessary components for application development. The first one is the LuminSDK – a library set indispensable for compilation. Together with the SDK some additional tools are installed, the most useful of them being the simulator. In the next step, you install the Visual Studio extension and the Unity package. After installing everything an additional Magic Leap menu will appear in Unity, enabling us for example to conveniently launch the simulator. It can operate as a stand-alone application and display everything in a virtual room window, but, more interestingly, you can also start the simulator in the Zero Iteration mode and test on a directly connected (WiFi or USB) headset without the need to build the application, only launching it in the play mode. In this case it uses the sensors of the device and the controller directly.

The newest version of Unity integrates with the device quite well and does not pose any major problems. The current SDK version for LuminOS is also well integrated. The Unity package downloaded by the Package Manager contains scenes with basic examples of most, if not all, functions available in the device. Interestingly, in the latest version of the SDK, Magic Leap was equipped with hand tracking similar to that in HoloLens 2, which puts it yet another step ahead of HoloLens 1. 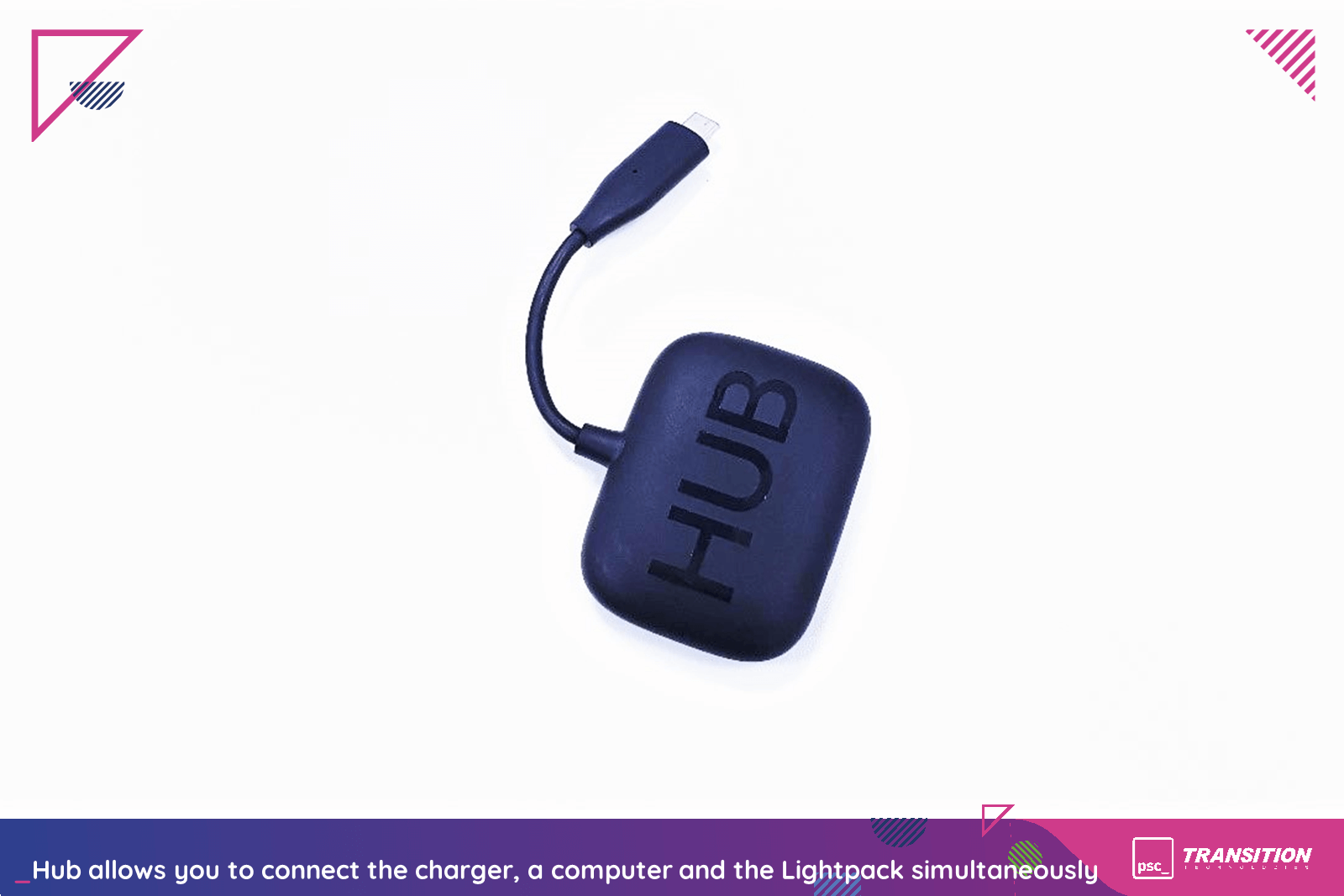 Development on an example

We decided to test the device in an attempt to port the ABC Decorator app (our own AR solution used for interior design) from HoloLens to Magic Leap. At the beginning it was hard, yet without a doubt very interesting.

First of all, we needed to transfer the app to a completely different platform. Unfortunately, the Magic Leap SDK is not as complex as the Mixed Reality Toolkit. It is quite well documented though – it already has significant user support and is being developed dynamically. Most of the basic functions of the HoloLens SDK are covered by the Magic Leap SDK and the project itself was written using only the necessary Mixed Reality Toolkit components, most of which we were able to replace successfully. Unfortunately, despite supporting Unity, development in Magic Leap compared to HoloLens is much worse due to a frustrating simulator. You cannot test the app directly in the editor – you need to start another app, which was not always working properly at the beginning. A huge inconvenience is that you cannot connect a debugger (e.g. from the Visual Studio environment) directly to the application built and installed on the device. The only solution in such a case is to rely on logs.

A big advantage is that you can launch the simulator directly on the device to test the app in an environment close to the target one.

Despite differences in architecture and the SDK itself, the operation was successful. The app works with a similar efficiency and quality as in HoloLens. Thanks to the precise controller operating in six degrees of freedom, we can safely say that working with ABC Decorator is much more comfortable and precise than in the case of HoloLens.

Magic Leap glasses are an interesting, yet still quite expensive device. They have greater capabilities than HoloLens 1 from Microsoft, but in our opinion, similarly to competitive devices, it is not suitable for use in industry. Despite the high-class materials used in the headset, it is also not worth purchasing as a home device/toy because of the high price and still low number of applications. We do think, however, that there is a chance of coming across Magic Leap in the future in various galleries and shopping malls as an extension of available attractions.