Home Blog Augmented Reality Can I make use of my expert’s time more effectively? What are the benefits of Vuforia Chalk? 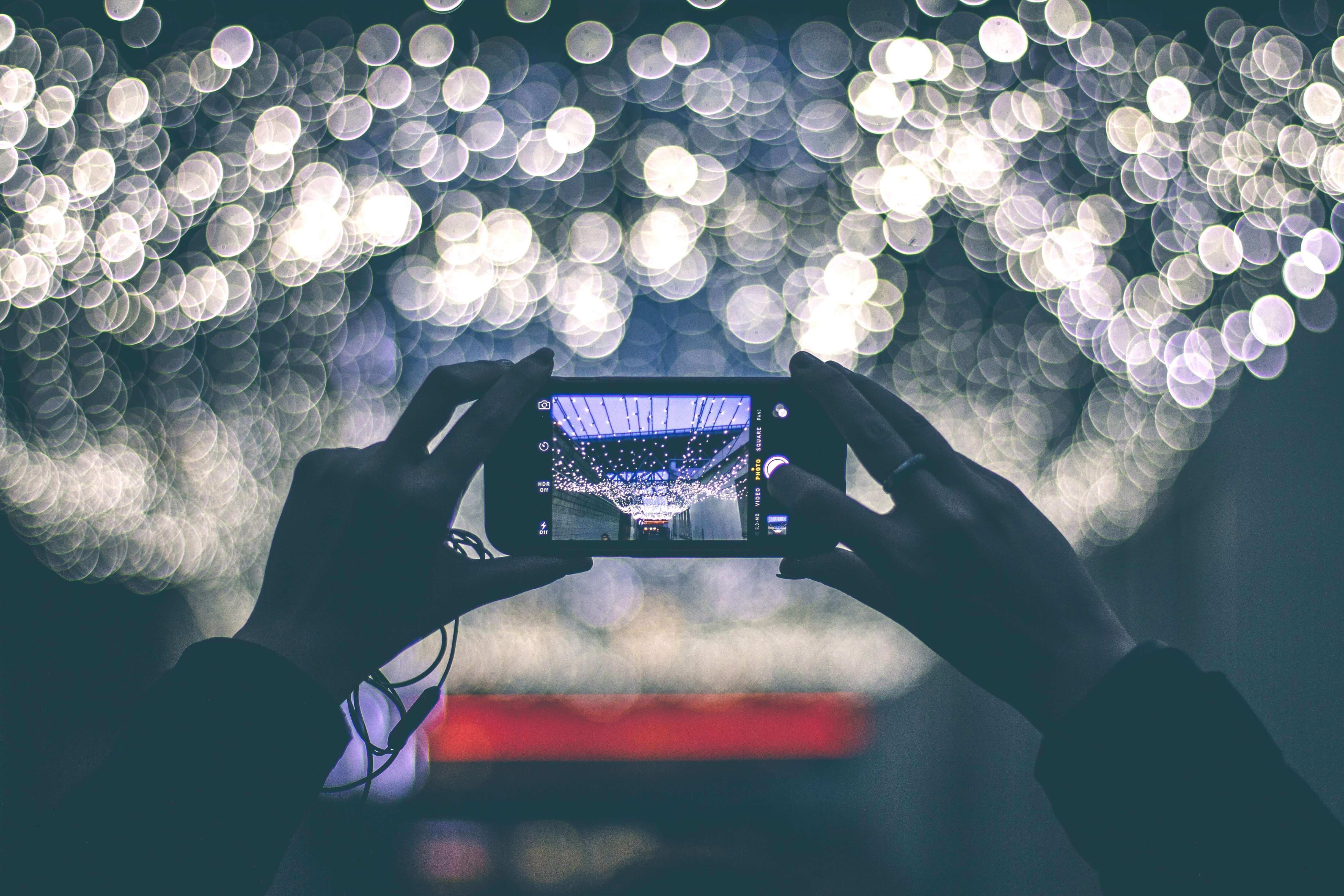 In fact, 4.0 Industry is based on communication which has to be quick, accessible and unambiguous. Then, the received message makes decision-making process easy and safe.

A lot of aspects in one message. How to prepare it, how to send it?

Well, the first right idea is smartphone. A mobile phone which has become an inherent and common tool for communication with the world as well as gaining information. Owing to functions as touch screen, set of cameras or sensors of movement, location, distance, light, fingerprints, detecting particular parts of picture, sounds, and so on, we can use a phone in a variety of situations, also while device servicing. And this is all because of higher wear and damage resistance as well as advanced technology which sets trends for the use of phones in the modern world.

Plenty of the advantages are guaranteed by the use of dedicated applications and ability of monitoring functionality: battery or memory use, condition of security and many others. 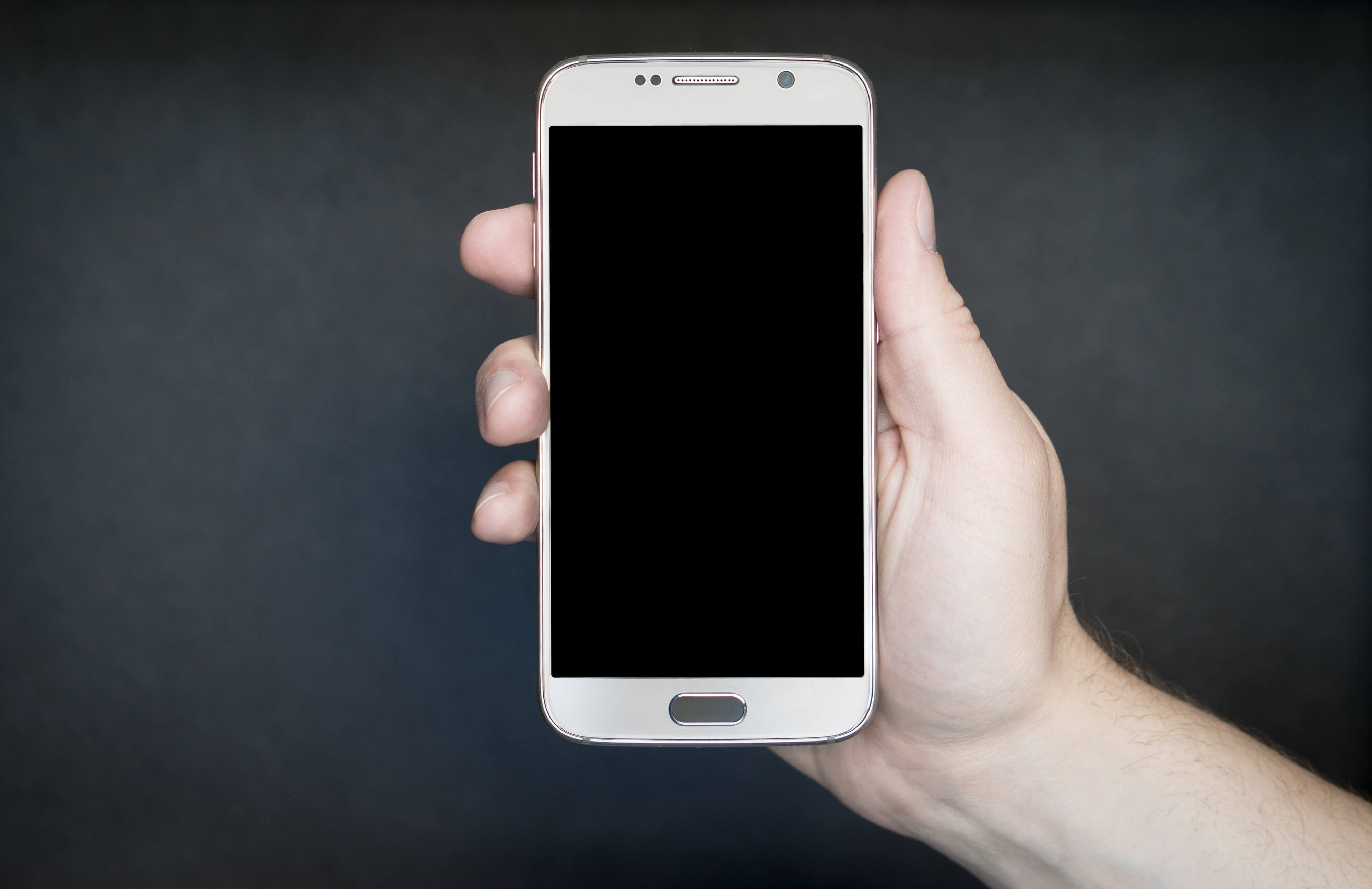 In the world of modern technologies’ consumers, smartphone enables direct interaction based on picture and sound. Currently, we have access to applications which transfer us to the virtual world, affecting our senses with 3D pictures and perfect sound. We also have possibility to model a real life in form of live chats, video recordings, clips which are easier and easier cut with the use of predefined editing functions.

We also have a group of applications which combine virtual and real world into one coherent message. This message, relating both worlds: real and virtual, is called Augmented Reality. This trend has been noticed by many user groups, from social networks to different industry branches, because it gives an opportunity of sending complex messages or pictures with created descriptions, in an easy way. Those make us see more details thanks to possibility of embedding information in a particular place in a displayed picture. This, in turn, makes us sure that we operate in the right area and in the right way, e.g. in an industrial environment. One more thing worth highlighting is the fact that while using advanced technology of this type, we proceed according to the right sequence of activities necessary to e.g. fix a device. 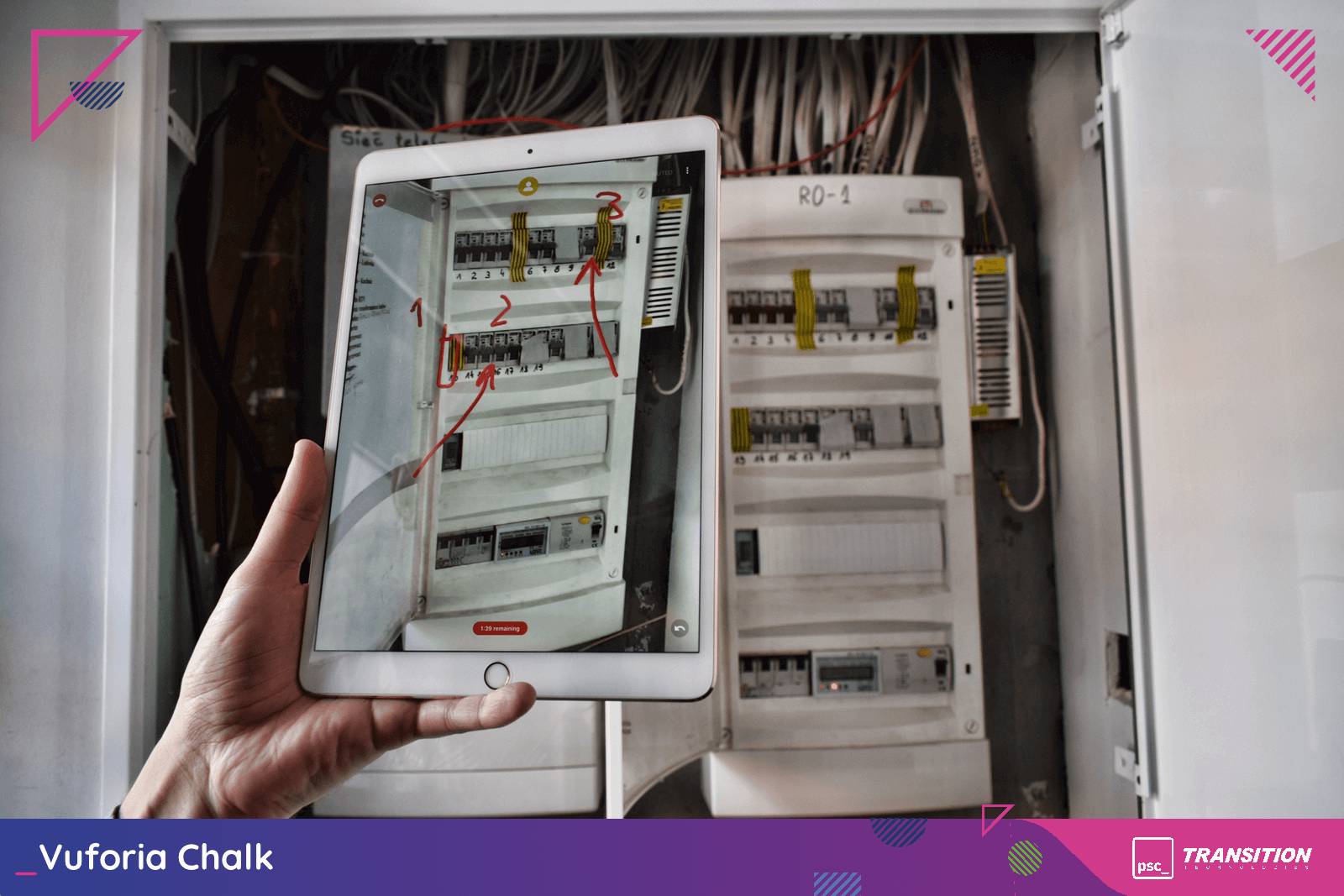 However, it has been difficult so far to find one application which could allow quick use of video messenger’s function enabling users to edit the picture during its live transmission.

This barrier has just been broken down. Vuforia Chalk gives the possibility to communicate via combination of livechat video function and drawing with pinning pictures up to the picture on the screen. The app is provided by PTC.

Now, let’s present some technical information and potential ways of use. The application is dedicated for mobile devices, smartphones and tables which work in Android and IOS environment. Connecting two users with each other is unimaginatively easy; it’s just enough to enter phone number or email address of the other person, who also has the app installed. Next, we choose whose picture is to be presented on the main screen. 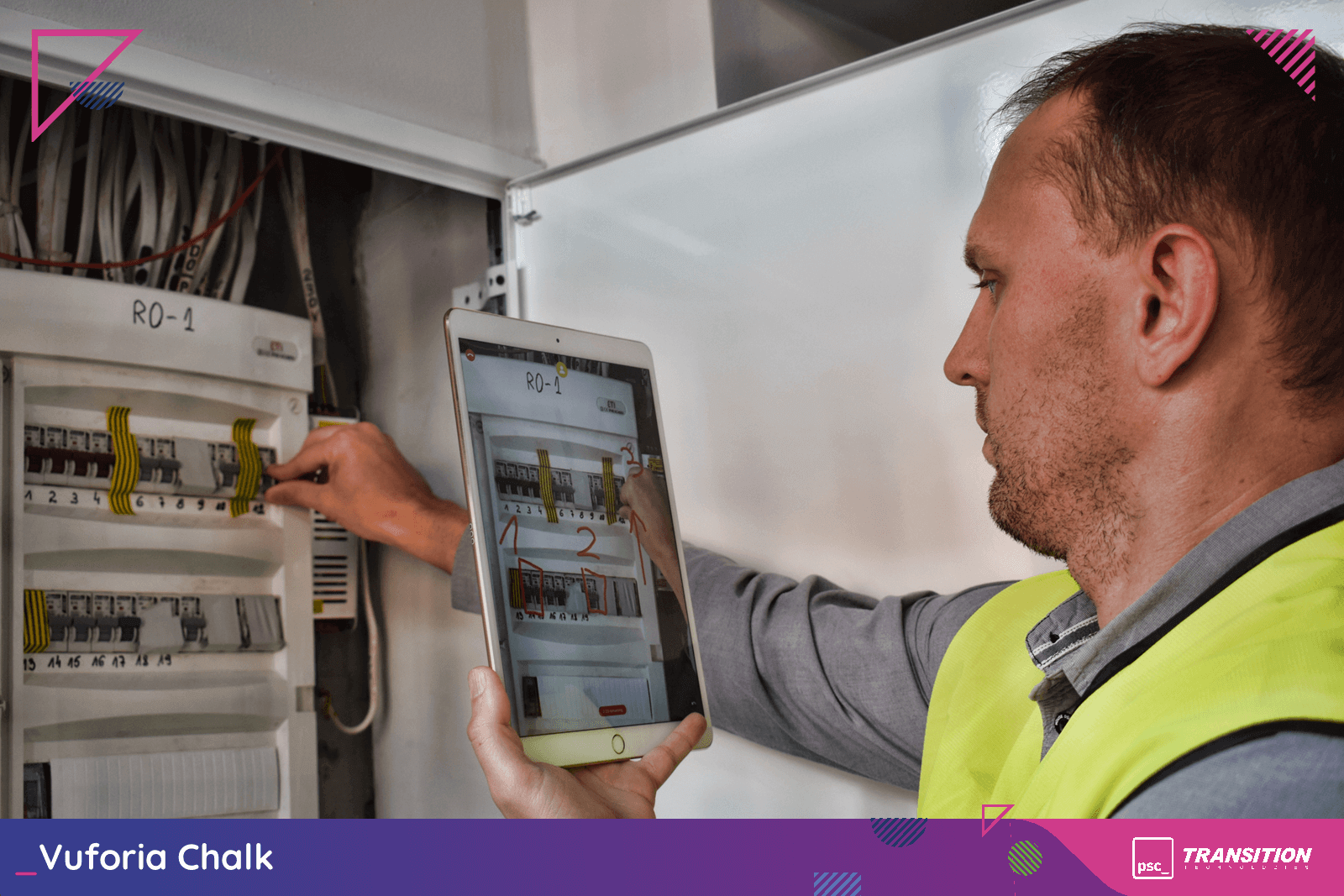 The application is really intuitive and its fundamental use barely requires any training.

The simplicity of its use in combination with possibilities which it gives, puts it in line with modern solutions from Augmented Reality field for professionals: servicemen, technical experts, service companies, as well as for communication over long distance, launching so called remote experts.

It is not hard to imagine the application of Vuforia Chalk when some element of infrastructure, which we are responsible for, is damaged, and we cannot determine what it exactly is. Thanks to Chalk, we have a possibility to establish the video connection with a person who, being able to see our picture on their screen, can lead us step by step in the search for the damage cause, show us an element worth checking, with an arrow pinned up to a certain place, write a number of component which should be replaced, make us sure that the procedures of check up or repair is being carried out safely and correctly. Simple solutions are the best! 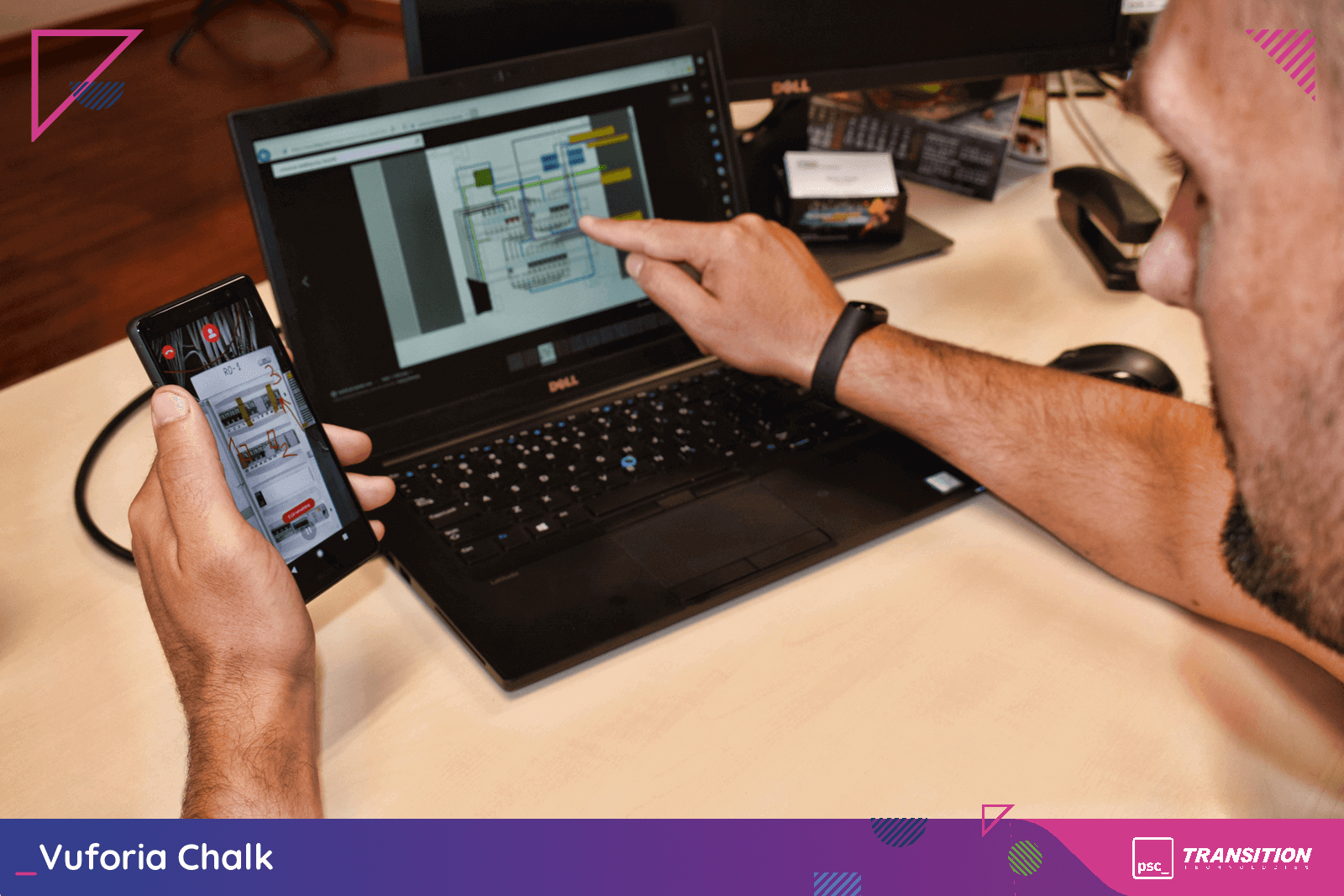 Free trial version can be downloaded at online shops of given operating systems. There is a list of compatible models of devices on the provider’s website.

If you are looking for a complete solution connected with the Internet of Things, industrial use of Augmented Reality, including use of Vuforia Chalk, contact Transition Technologies PSC, Polish leader in the area of creating dedicated IT solutions for commercial purpose and PTC partner.