The approach that has been underestimated for a long time is nowadays spreading its wings and becoming a crucial set of solutions for global corporations. However, not only for them as medium and small companies are following the biggest ones as well. Thus, the advantages of the Internet of Things have been recognized by everyone. But what trends of development will we be able to observe in 2019?

In plenty of branches the amount of data sent every day is huge, but there’s still an upward tendency. That is why a careful selection of the data necessary for the transmission is going to be more and more important, comparing to the approach that has been applied so far. In the past we focused on gathering as much data as possible from numerous devices. Today we know that this kind of solution is not possible and the quality of information is more important than its amount. The problem has been partially solved by Edge Computing, which will allow selecting and processing the data as well as sending only the most significant data to the central system. This way the data transmission system will be less loaded and devices cooperating with the system will be able to react faster to events that will occur. Where can we use such technology in practice? Of course in automatics and telecommunication, but it can be also as much useful in the manufacturing process and health care. 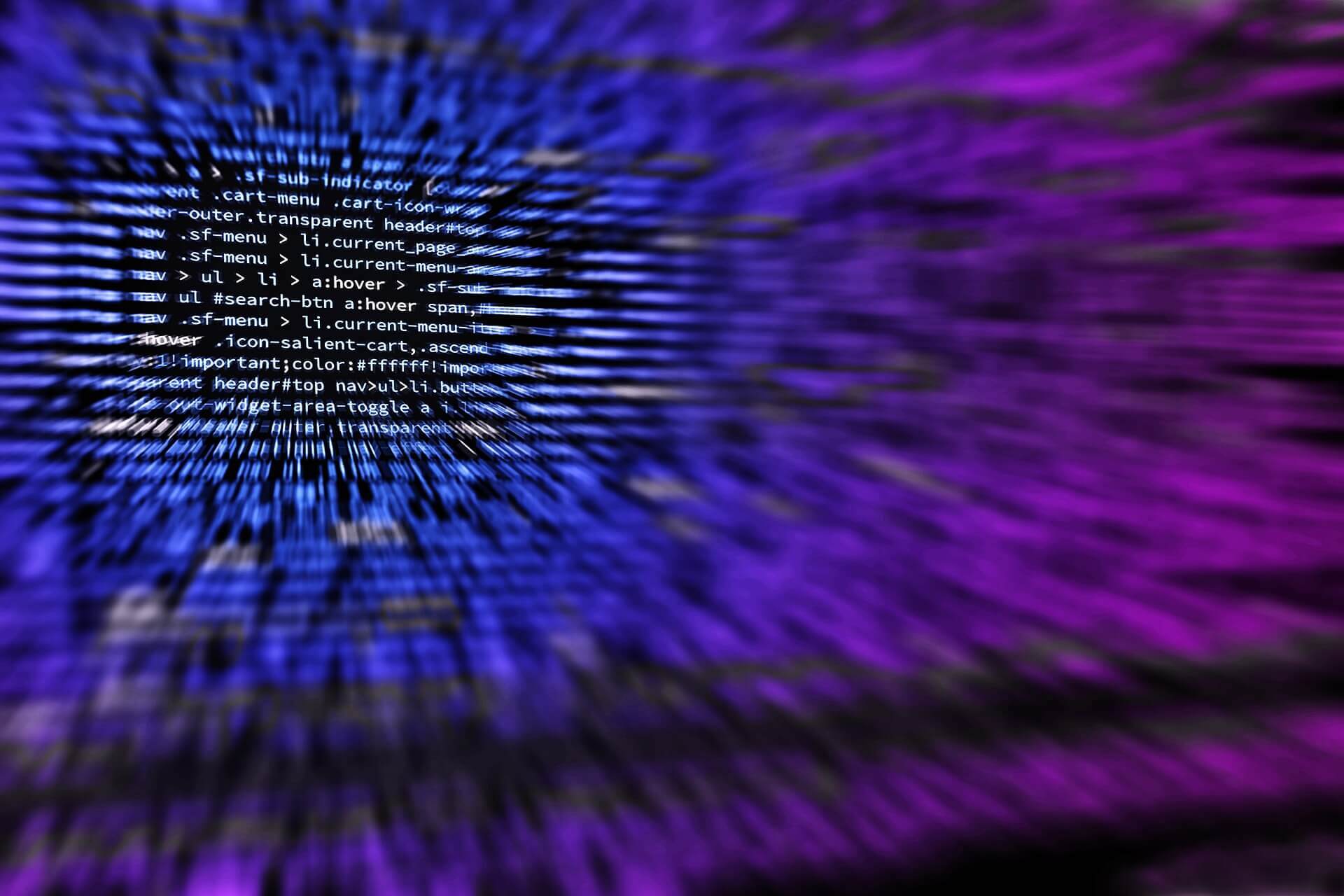 It is safe to say that an increasingly important target is becoming IoT apps user experience. It is visible not only in consumer applications but also business ones. Clear, transparent and attractive interface is an important element of software. Why? What matters is savings connected with time and cost of employees training. That is why it is even more important for the created applications to have an intuitive interface which can be used by anyone. Equally important fact is that an employee needs to ‘feel’ the ease of using the tool to use it more eagerly. It appears that in 2019 we are going to aim at providing users with simple, intuitive experience of better quality, which will decide not only about app’s transparency but also about its attractiveness.

Undoubtedly, the biggest players in the market (who have dominated the Internet of Things environment anyway) will want to strengthen their position. Obviously we are talking about companies such as: AWS, Microsoft or Google. However, it needs to be said that a lot of smaller businesses or startups have appeared, which are trying to grab a piece of the pie as well – and this tendency is going to continue. It’s highly probable that they are going to distinguish themselves from the big corporations by particular specializations in the IoT fields, which will allow them to offer a new, fresh view on the problems of the fast developing market. 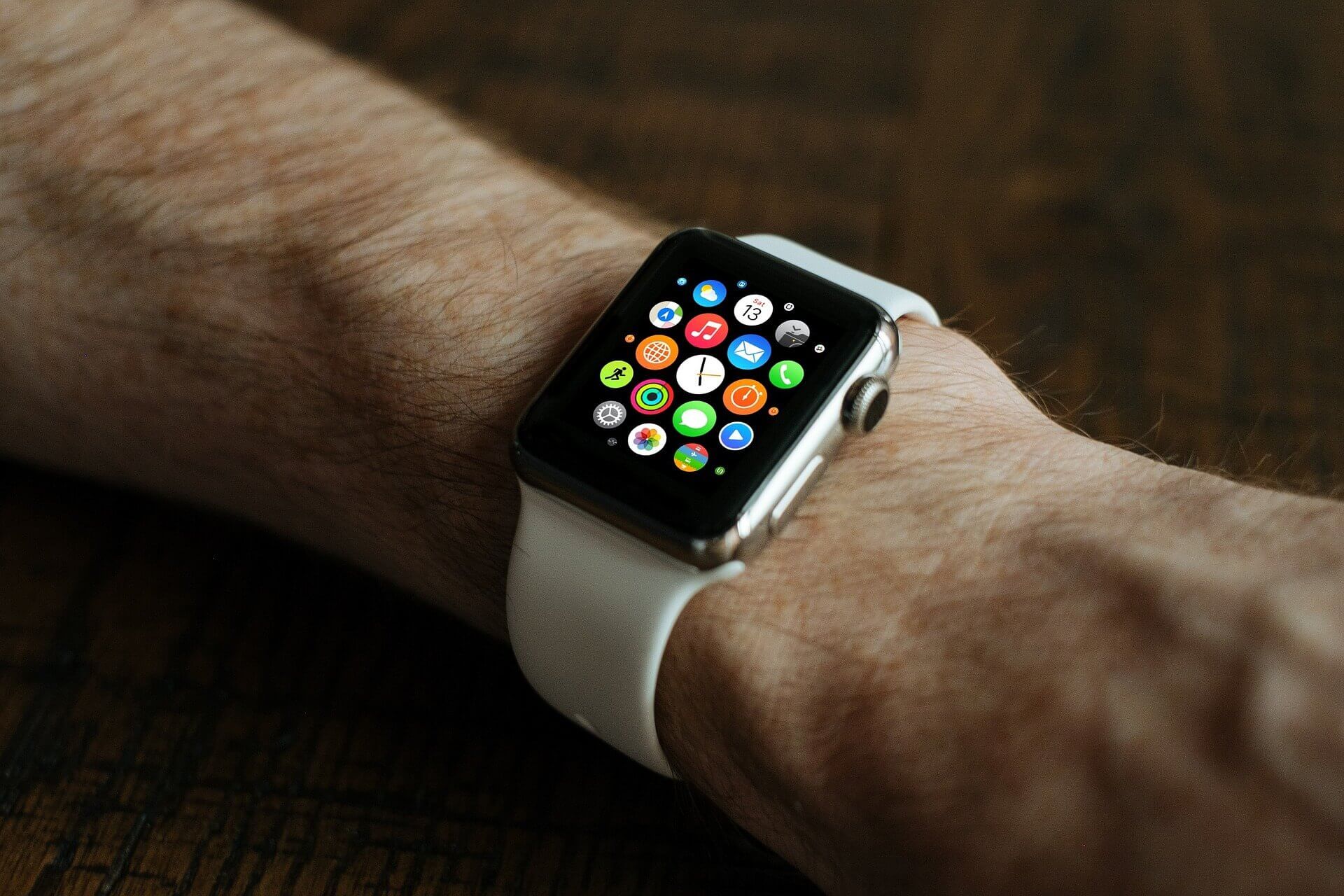 4. Decrease in the number of devices

We have been able to observe for some time now that the number of IoT devices is gradually increasing. In 2019, we will surely see further growth of global IoT market, which is currently estimated 1,7 trillion dollars.
The first results of using the Internet of Things have spread widely and this is why more and more companies will decide to apply similar solutions. They’ll do everything not to stay behind. That’s the next example of the influence of Technological Revolution of XXI century on business in the variety of branches.

Due to an increasing number of IoT devices, there’s a significant probability that they will be at a gradually bigger risk of being hacked. As the trust connected with safety of the solutions has a direct influence on the extent of their implementation, it can be assumed that one of critical challenges will be to ensure a higher level of security and detecting any possible loopholes, to protects users’ data, production data and intellectual property. Thus, in 2019 we are going to face the problems which in the long run will be able to significantly influence a block of development of IoT solutions. But it is something we wouldn’t like to happen, would we? 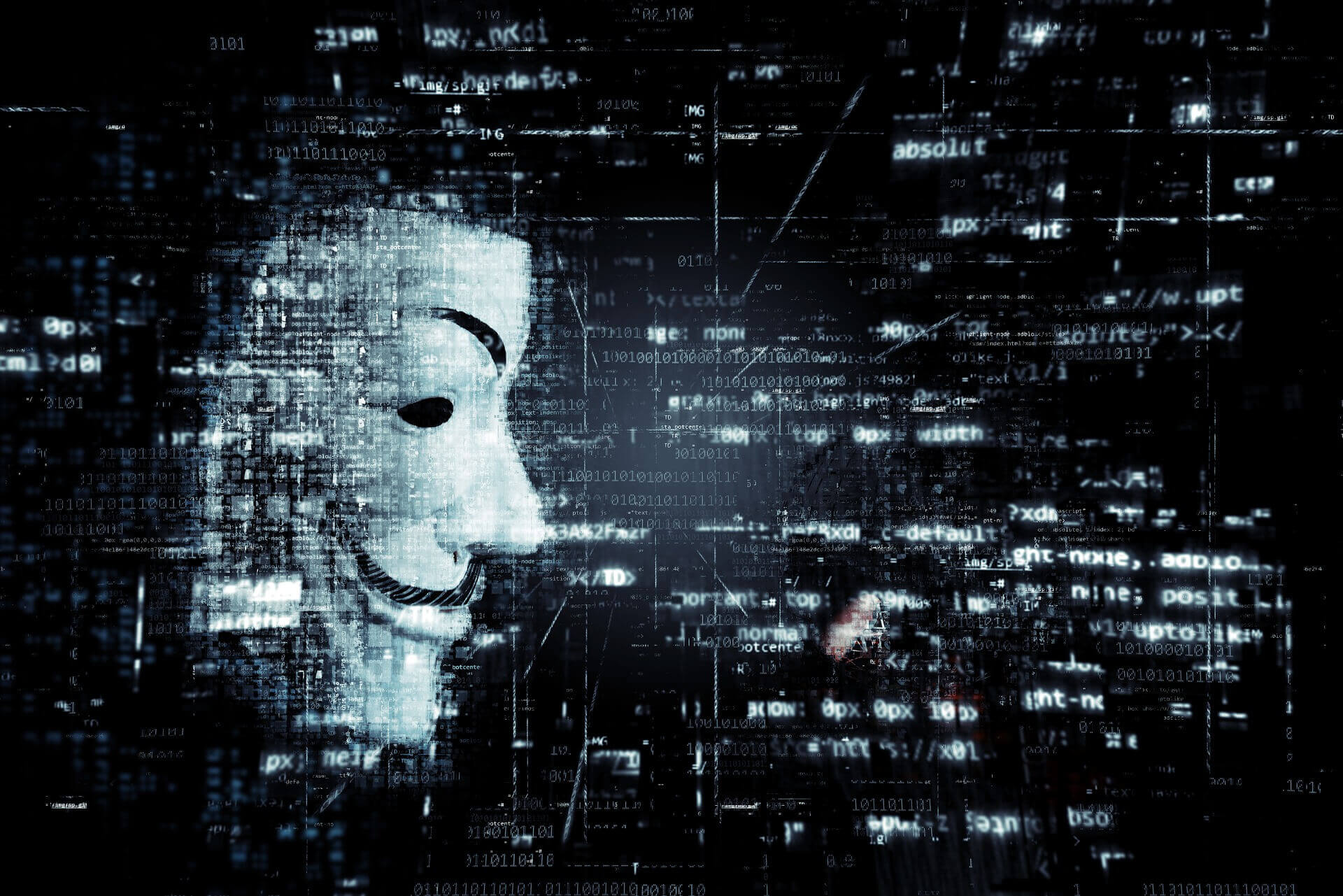 5G technology is going to be crucial in creating attractive applications which are used in fields such as health care, motorization, robotics, or machine learning. 5G will allow architects to create programs that will immediately react to dynamically changing conditions. Those solutions allow gathering, managing and analyzing data in real time. We are talking about a huge improvement of efficiency in every branch.

It’s worth highlighting the fact that apart from 5G technology, data transmission at long distances and in places where mobile networks are difficult to reach will become important. And here we’ve got LPWAN. This technology is actually perfect for devices powered with batteries, which presumably need to be economical in the energy use. Therefore, companies will be able to work more effectively and gather data with little cost of energy consumption, comparing to current devices.

Needless to say how many of them there are. Nevertheless, it’s worth mentioning that the lack of their standardization causes numerous problems, which in 2019 will have to be addressed, even if partially only. Big number of devices, systems and, finally, protocols is a challenge for more than one IoT engineer, whose eventual task is to make one whole of all them. The task is really arduous, time-consuming, and it finally influences the cost of the project. Given the reason, in 2019 we can predict that systematizing of communications protocols is going to be one of the visible trends.

The technologies included in the title have drawn huge attention and the trend has been visible for a while. It seems that the tendency is going to continue in 2019 as well. It’s possible that the thing which will change will be approach of the clients who have decided to implement the solutions as testing and trying out the solutions which can bring them real benefits. More and more companies, after the Proof of Concept stage will move on to production implementation phase. Because of their growing awareness, clients will be able to determine the direction which will need to be chosen for particular project’s development.

We can also expect a wider variety of AR possibilities in the scope of so-called remote expert, artificial intelligence and workshop materials’ development. AR solutions in a wider extent will also show up in vehicles (for instance, as GPS navigation – presented at CES 2019). 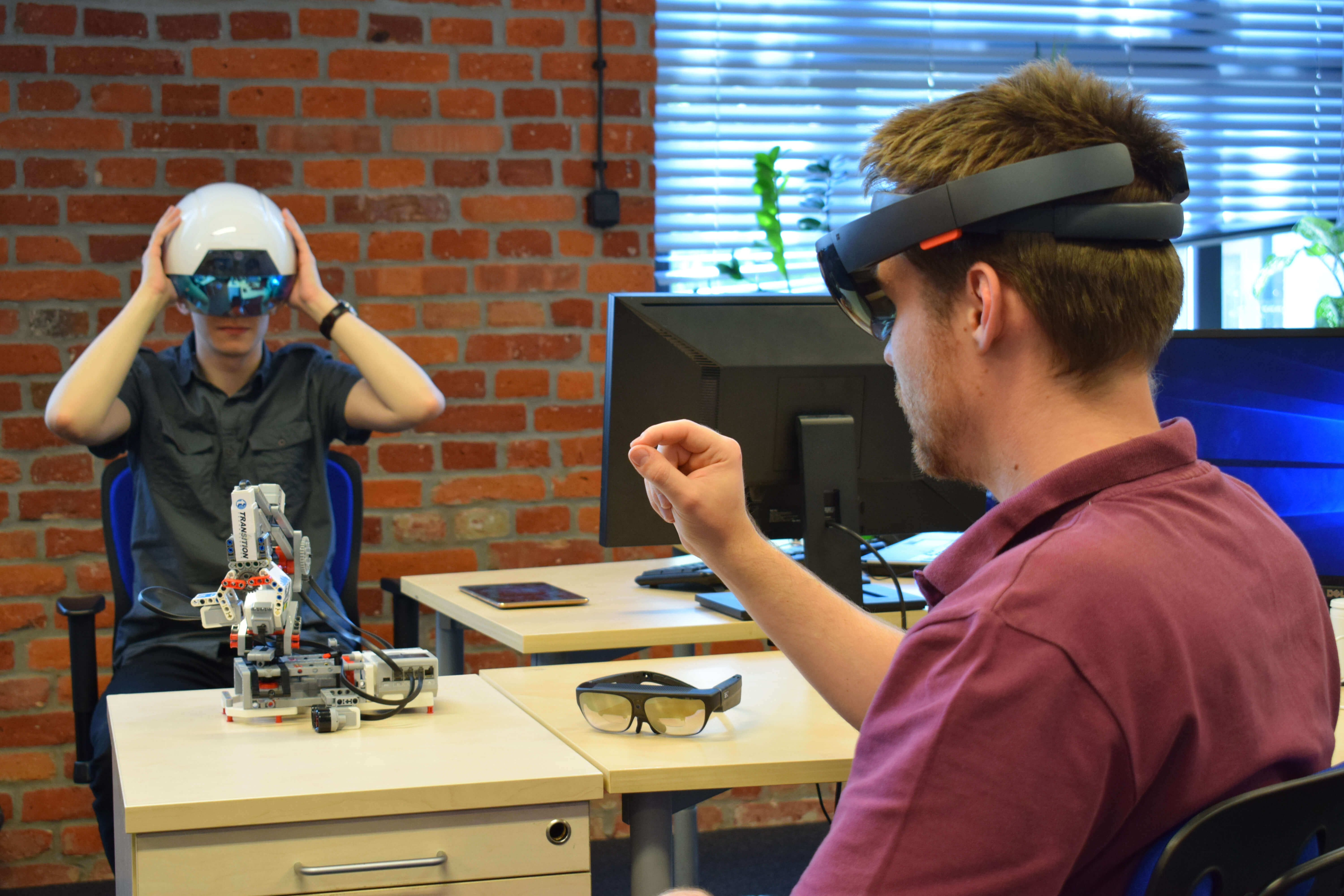 We live in times when blockchain has its great moment. It’s not surprising though as who wouldn’t like to use a solution which seems to be fully reliable? In the whole technological euphoria, we shouldn’t forget about reasonable approach, which in 2019 will give specialists even more food for thought. Blockchain is actually currently the solution to many challenges and problems (see: paragraph regarding Safety). However, it’s worth highlighting that along with development of quantum computers, the situation can significantly change. That is why in the new year, we will approach the solution with bigger awareness, more often wondering if blockchain is really the nostrum.

Our branches
Loading...
We use cookies to make it easier for users to navigate the website, customize content and provide the most appropriate experience by remembering user preferences, and to create anonymous website statistics. By clicking "Accept", you consent to the use of ALL cookies. You can change your browser settings to disable or enable saving files at any time.
Read MoreACCEPT
Manage consent