Home / Blog / Internet of Things / Is now the time to invest in IoT?

_Is now the time to invest in IoT?

Recent years were hyped about the Internet of Things (IoT) and how it was supposed to re-shape the whole industry. However, so far we’ve seen many more people talking about it than actually implementing it enterprise-wide. Is IoT mature enough to be “the real deal” and bring measurable value to businesses?

The term IoT is almost 20 years old now. It’s been first introduced in 1999 by Kevin Ashton of Procter & Gamble, later MIT’s Auto-ID Center, but attempts at remote monitoring and improving decision making upon acquired device data have been made over 15 years earlier than that. Carnegie Mellon University was one of the pioneers of that area, which is something I’m really fond of as a new Pittsburgher. The thing is, though, that research didn’t translate into widespread adoption until recently and I couldn’t help but wonder why…

There were a number of problems which practically blocked development of what we now call IoT and all of them were of technology nature: sensors were big and expensive, network access was scarce to say the least and available computing power needed to process large amounts of data was practically unavailable to entrepreneurs (imagine using a room-sized supercomputer for processing data from a couple of sensors).

But times have changed since then. There’s an old cliché saying that we flew a man to the Moon on computers comparable to today’s calculators. Since it was first used times have changed drastically and nowadays what was once a huge supercomputer now fits into everyone’s pocket (ie. a smartphone). Network access is practically everywhere with unlimited data plans and sensors can be the size of the tip of a needle. Kids use all those resources to catch Pokemon daily.

So what’s holding IoT up? Why haven’t we heard of it being massively deployed? 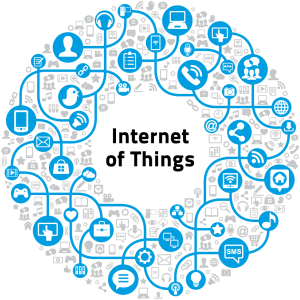 The answer isn’t obvious in IoT

Although some industries, like Energy (ie. power plants, distribution networks), adopted Distributed Control Systems (DCS) and other forms of semi-intelligent automation as a standard years ago, others have lagged behind. Even if those “others” tried to evaluate IoT, they’re often stuck in a Proof-of-Concept of some pilot phase, not progressing beyond that.

Quite often the reason behind this is that decision makers do not see clearly enough what benefits IoT can provide to their respective businesses. In other cases the problem arises from little awareness of what’s available out there and what pieces of the puzzle do they actually need to go all out. Then there’s those who experienced working with companies claiming to “have it all, out of the box, solving all problems end-to-end” – we all know there are no magical solutions to all possible problems, so if you ever encounter anyone saying the opposite tell them “you’ll call them”.

Since we have all the bits and pieces available somewhere on the market, we can address some more up-to-date issues on how to make sure IoT brings measure value to our enterprise.

There’s a multitude of those on the market and selecting the best one got tricky. It’s like trying to find “the best smartphone” – for whom? For what use? For what price? We’ve all been there.

What’s most important is to focus our search on market leaders, as they are able to provide the most mature solutions, which have grown out of any early stage issues they might have had. Gartner, McKinsey and other research companies can help us identify those. Besides, those big players tend to cooperate, so it’s possible that if we choose vendor A, we might end up using solutions from vendors A, B and C (for example: cloud hosting, the platform itself and solutions on top of it).

As I mentioned, keep away from those “we have all end-to-end” companies. If someone says they’re good at everything, then they’re actually good at nothing. Instead focus on those solutions which are supported by large ecosystems. One that comes up to my mind is PTC’s ThingWorx platform ecosystem, which has hardware manufacturers as well as software integrators and business consultants spread across the world and dozens of companies.

Choosing the right partner may be the key, but we have to make sure that so-called subject matter experts (SME) are engaged as well. They are the people that know the business IoT is to be applied in inside-out. They know what’s important and what is not. They are key to implementing something that’s actually going to be used daily.

As I’m no hardware expert, I don’t want to elaborate on this. It’s out there on the market. If you choose the right partners, they’ll tell you what hardware suits your needs best. You don’t always have to go with a Bentley, you know…

The new opportunities associated with Industry 4.0 require companies to adapt to the new environment. In this article, we take a closer look…
Read more
internet-of-things

Digital transformation is reshaping the way how people, products, assets, data, and operations are connected to create an outcome for the customers and…
Read more
internet-of-things

The sudden epidemic of SARS-CoV-2 coronavirus and the COVID-19 disease has affected every sphere of the modern world. Caused by an epidemiological threat,…
Read more
internet-of-things

Scalability in web applications has become crucial in the past years. An ever-growing number of devices and clients, connected to the Internet, makes…
Read more
internet-of-things

Modern web applications that serve data and content to millions of users run in clustered environments. Dealing with a huge amount of connections…
Read more
internet-of-things

The ThingWorx IoT Hub Connector is the bridge that connects the ThingWorx platform to the Azure cloud (more specifically to Azure IoT Hub).…
Read more
internet-of-things

Synergy, this is how you can define this natural combination of technologies that will significantly affect the appearance of the future of production.…
Read more
internet-of-things

This year's Liveworx, due to the global situation caused by the COVID-19 pandemic, has exceptionally been held only online. On the very first…
Read more
internet-of-things

The evolution of artificial intelligence, as well as machine learning has gained momentum in the last few years. The constant drive to increase…
Read more
internet-of-things

The Industrial Internet of Things changes our view on the classic concept of production today. The largest manufacturing companies are eager to reach…
Read more
internet-of-things

The Internet of Things is being used more and more, and even global giants are already using the optimization or information gathering solutions.…
Read more
internet-of-things

Following up our partnership with Rockwell Automation, our team of business and technical experts found their way to Munich, Germany to participate in…
Read more
internet-of-things

Nobody would be surprised by a statement that the Automotive industry is innovative in its nature. Cars are machines that historically revolutionized many…
Read more
internet-of-things

It might seem that the Internet of Things is dedicated only to industry. However, transport and logistics are closely connected to it, and…
Read more
internet-of-things

LiveWorx 2019 – IoT trendsetting for next year

Industry 4.0 and its foundation, the Internet of Things (IoT – especially in industrial version: IIoT), in the last years have dominated the…
Read more
internet-of-things

PTC is phasing out its Axeda platform. Although they look similar at first sight, Axeda and ThingWorx differ very much in capabilities.
Read more
internet-of-things

While ago, PTC announced a new release of ThingWorx Platform (8.4). Among other exciting features, this release has OOTB support for integration with…
Read more
internet-of-things